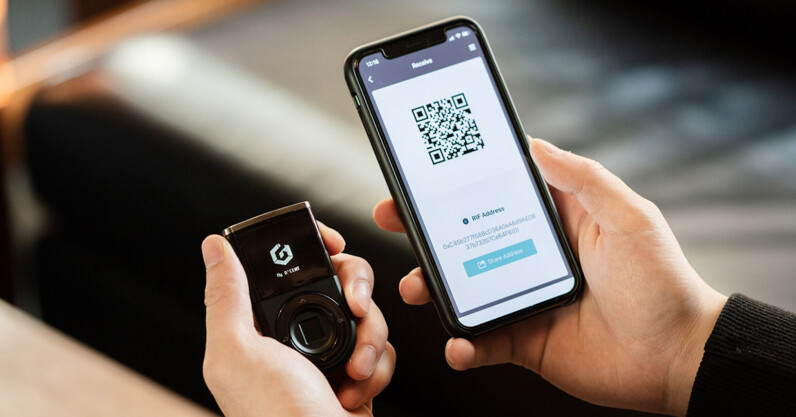 TLDR: The D’CENT Biometric Crypto Hardware Wallet is the world’s safest crypto handling device, using your own fingerprints to securely save and access all of your digital currency.

Programmer Stefan Thomas has a big problem. Back in 2011, he was given over 7,000 in a new fangled currency called Bitcoin, which he stashed in a digital wallet and mostly forgot about. But years later, that Bitcoin is now worth almost $400 million. Unfortunately, Thomas long ago lost the password to that wallet — and now has only two tries left to unlock the wallet before the encryption tech inside erases everything, including Thomas’ $400 million windfall.

As it turns out, Thomas’ problem isn’t unique. Cryptocurrency firm Chainalysis estimates about 20 percent of the existing 18.5 million Bitcoin — valued at around $140 billion — are in lost or otherwise stranded digital wallets.

The D’CENT Biometric Crypto Hardware Wallet ($105 after code WALLET14 from TNW Deals) is the first hardware wallet that protects cryptocurrencies using biometrics…so no one will ever lose a fortune over a password again.

Of course, the D’CENT doesn’t actually hold the digital currency itself. It holds the all-important public and private transaction keys that actually give a cryptocurrency like Bitcoin its value. Sized no bigger than your garage door remote, this Bluetooth and USB-connected wallet is the world’s most advanced cryptocurrency hardware wallet, utilizing Multi-IC architecture to enact ultra-tight security over the contents of your wallet.

But rather than enter passwords and codes to access your transaction keys, the D’CENT is the first device of its kind to actually read your fingerprint instead. That insures only you and you alone can ever access and use your funds. Even if someone picked up and walked off with your $400 million D’CENT wallet, they could never get to the money in your account without your unique fingerprint.

Unlike other devices that make you do all your transactions through an app, the D’CENT actually has a large OLED display of its own, giving you a full view of your accounts and recent transactions, right from the device.

As for compatibility, the D’CENT is playing in the big leagues, capable of holding and securing all of the world’s most popular cryptocurrencies, including Bitcoin, Bitcoin Cash, Litecoin, XRP, Ethereum, ERC20, and many more with new ones added regularly.

Retailing for $119, you can now save $14 off the price of the D’CENT Biometric Crypto Hardware Wallet just by using the code WALLET14 when you make your purchase. That will drop your final price down to only $105.

Prices are subject to change.